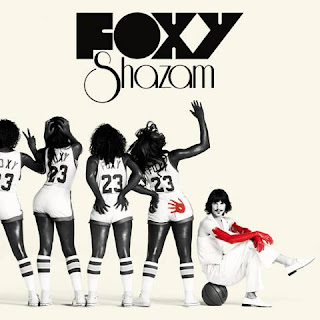 Foxy Shazam is Queen for the A.D.D. generation. Hailing from Ohio, this six-man band’s self-titled third album is packed with energetic rock anthems reminiscent of Queen’s glory days. Lead singer Eric Nally’s voice is the love child of Freddy Mercury’s energetic, power-rock vocals and the occasional belting yowls of My Chemical Romance’s Gerard Way. The opening track “Bomb’s Away” prepares you for the explosive power pervading the rest of the album. “Wanna-Be Angel” explains the bands epic showmanship with lyrics like “for you I wear this mask/at home I tear it off.” “Count Me Out” recalls the sadder side of romance with piano flourishes and a lively chorus. “Unstoppable” is an epic stadium rock anthem that wouldn’t be out of place in a triumphant sports film. Even “Connect”, with its feel-good gospel choir back-up vocals, manages to maintain the exuberance of the rest of the album. Foxy Shazam will rock your face off.

Foxy Shazam will be playing at the LOLLAPALOOZA Festival this August.