Swedish House Mafia - Until One 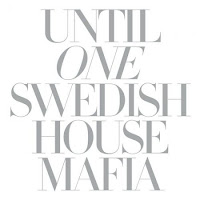 Although this album does follow a lot of the traditional electronic/house forms that I wish I heard in more albums we get in to WECB (most notably the smooth –almost inaudible- transitions between tracks), the fact of the matter is that the tracks chosen to remix/edit/mash-up are simply just outdated enough to be entirely irrelevant.
I found this extremely strange if for no other reason than this is an electronic/house album, an album which falls into a genre which is (almost) by definition required to be up to date (to the week) on new music releases... always scouting for new tracks. However this is exactly what SHM didn't do, causing them to seem painfully out of touch.
The gleaming example of this is the mash-up of the Justice vs Simian track “We Are Your Friends” (2007) and MGMT’s “Kids” (2008), a melding of once painfully relevant but now outdated tracks. But to really drive my point home here are a few other track choices made by The Swedish House Mafia: Empire of the Sun- Walking on a Dream, Benny Benassi – Satisfaction (REALLY THOUGH!? I think I heard this one at a rave when I was 16) , Coldplay – Clocks, Daft Punk- One More Time (has anyone heard the new Tron single by DP? Damn awful) and simply the choice to feature Pharrell Williams on a title track (one of those: “where’d that guy go” scenarios).
I’m not saying that Swedish House Mafia has no talent, the exact opposite, they simply need to get on the Internet and out of 2007.
Posted by: Molly Young