Black Angels at the Paradise 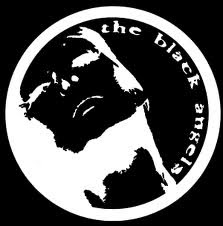 The Black Angels show at the Paradise this week was, well, sorta’ stinky. (And no, I’m not referring to the guy next to me whose dinner was definitely disagreeing with him) As much as I love them- yes, I still love them and always will- the Black Angels played like an opening band.

They started off strong with each of the first three songs taken from their three different albums. They kept playing, seemingly enjoying themselves, and the crowd was having fun. But then they played “Manipulation” a classic off of their first album Passover and they lost it. For whatever reason they really screwed up the song, and from there on out the energy was just gone. On top of that, the next song they played, “Yellow Elevator,” is on of the more complex tracks from their newest album, Phosphene Dream. They weren’t comfortable with it, and especially after the mess of “Manipulation” it just didn’t go well.

Alex Maas was having trouble with the microphone- too much reverb, not enough reverb- Nate Ryan couldn’t hear himself on the guitar, Kyle Hunt broke a bass string in the middle of playing “Haunting at 1300 McKinley,” the band just fell apart.

But that’s not to say they didn’t have a few good moments here and there. They did. They were all on key playing Phosphene Dream’s “The Sniper” and they did a great job ending the show with “Young Men Dead.” Overall though, they just weren’t really in the zone.
Posted by: Mars