The Front Bottoms @ TT The Bear's 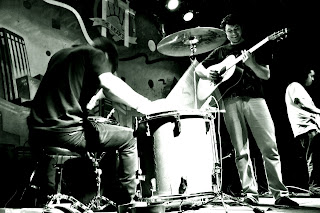 “We’re gonna fuckin’ party tonight” Brian Sella shouted at an equally stoked and rambunctious crowd. There’s no denying that The Front Bottoms folk-punk is too enthusiastic and sincere not to entice you immediately. Rounding out the tail end of their month long tour, The Front Bottoms hit TT The Bear's this past gloomy Wednesday. Although it's only been a few months since the releases of their full-length debut on Bar/None Records,the duo has already been making a solid run. The last time they hit Boston they were were making it through a string of basements. “They played my house and blew everyone away. We put them on first because no one knew them, and they were just better than everyone!” said a fellow concert attendee. This might have been the only show in months that the crowd came above ground for.
The basement scene has certainly been good for The Front Bottoms, what with the supportive and enthusiastic crowds. Brian even described a time when the owner of a house gave him 20 bucks to help the band continue their tour. This being their first serious above ground tour, Sella (guitar/vox) and Matt Uychich (drums) started it off with a showcase at the Highline Ballroom with Kevin Devin and An Horse for CMJ’s Music Marathon. Since then, they’ve been driving around the east coast in a white van causing some heavy rumblings. Upon them first setting foot on stage, it’s easy to see why- the crowd was immediately infected with their joy and reciprocal heartfelt love. Sella’s and Uychich’s smiles couldn’t have been bigger, a sort of stage delight that is infrequently seen lately. Being only a two-man band you’d think there’d be more of a void without the full instrumentation of their recordings, but with the addition of their touring man, Drew, and their undeniable charisma the show lacked nothing. The audience enjoyment seemed to be an extension of the bands, inducing crowd surfing and chanting the lyrics into the mic. Ulychich’s forceful drumming and Sella’s compelling lyrics combined with punk ethos will have these guys making a serious impact into the scene.

The pure energy from their live show isn’t the only thing to keep an eye out for. These guys get creative with their videos too. Check out “Maps”, created by a mysterious, and at the time unknown, Spaniard looking to help the guys create a visual to accompany their audio. Pablo (the said Spaniard) ended up creating a video that was genuinely them. “Flashlight” gets imaginative as well. Shot in their garage and including tiki torches, describing the grave scenario where the five guys in the sealed off room could have easily gone up in flames, "The reaper had a hard-on outside the garage door" said Sella of the situation. Worth it, cause this video is a fun one.
So what’s next for the Front Bottoms, "New Hampshire, we're coming for you!" Sella and Uychich agreed. World domination after, I guess. 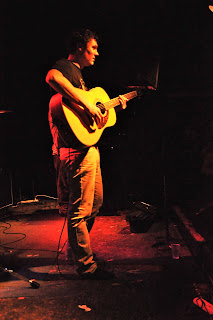 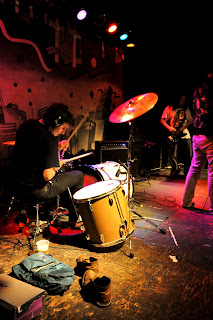