Somehow my password changed without me changing it. That, or I'm a complete dumbass and made it something I wouldn't remember last time I changed it. Either way, I have a bunch of reviews backed up from the past several weeks. Here they are. 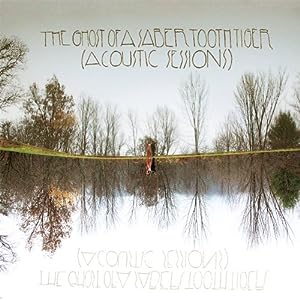 The Ghost of a Saber Tooth Tiger - Acoustic Sessions

Sean Lennon and his wife, Charlotte Kemp Muhl, combine their bold, clean, British-tinged harmonies with colorful acoustic chords and fantastical lyrics. Lennon echoes his father’s interest in pairing lively nouns with unlikely verbs and adjectives to create lyrics and melodies that dance to their unpredictable chord progressions. The songs are not as sweet and accessible as they at first appear for their sometimes jarring chord changes, but their juxtaposition against the soft vocals and warm guitar tone makes this album interesting enough to get through pretty easily. It’s not the kind of album that you’d listen to regularly, but it’s good to have a wild card to go to when you’re absolutely stumped on what to listen to on your walk back from the T. 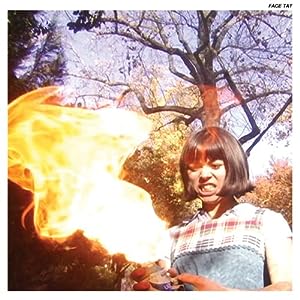 Zach Hill - Face Tat (Sargent House)
Add Zach Hill’s sophomore LP, Face Tat, to the ever-present and increasingly significant “What is music?” discussion. Hill, the swooned-over drummer whose oddly timed and seemingly impossible beats have marked innumerable bands (perhaps most notably Hella), adds Master Noise Arranger to his impressive resume with thirteen tracks of pure, unadulterated, and meticulously calculated chaos.
The at times nearly amusical programming on this album benefits incalculably from Hill’s virtuoso-caliber drumming; his signature bone-crunching hits in out-of-fucking-nowhere meters do their darndest to demolish the (intentionally) overwhelming wall of noise that Hill staked somewhere between Animal Collective, Dan Deacon, and Tera Melos territory.
“Memo to the Man” gives us a first clue that most of these songs were probably written (or, more aptly worded, constructed) over drum beats and patterns. Hill’s latin-esque, frantic roll drives the track beneath a light but sticky film of electronic banter. Perhaps the most friendly track on the album, “The Primitives Talk” is the closes thing to a conventional song that Hill is willing to create with his solo venture. It highlights one of the rare moments on Face Tat where any kind of melody is distinguishable from accidental crossings of programmed paths. If not for the virtually unfollowable time signature in “Burner in the Video,” one might be inclined to sing along to the Crash Bandicoot-style pseudo-tribal melody as well.
The album mercifully (I say that with at least modest affection) ends with “Second Life,” an industrial march with a forcefully infectious choral hook that sticks to your brain like musical fat. In fact, it might be the only hook you remember after listening to Face Tat. Whether that’s a good thing or an abomination is up to the listener. 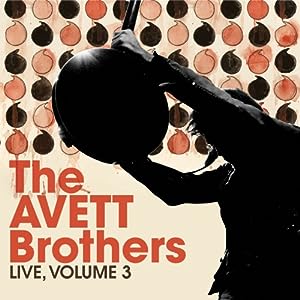 The Avett Brothers - Live, Volume 3
There has always been something about The Avett Brothers that I just miss. I could never put my finger on it any more than I could put my finger on why the world seemed to be so enthralled by their folk-rock standard rewrites; all I knew was that I really, honestly wanted to like them.
I was hoping their performance at the Newport Folk Festival this past August would present me with the epiphany that the state park full of Avett Brothers fans seemed to have experienced to the fullest. I think I came close, but it wasn’t the divine revelation I was looking for. The best thing, maybe the only thing, about the Avett Brothers on record that impresses me is their whistle-clean sound and harmonies that could’ve only come from the same womb. But on the harborside main stage in Newport, the brothers sounded rough; they replaced the equalizing harmonies with haphazard yelps and the barky guitar tones with tinny, poorly mixed mush.
With a mixture of hope and technology-wrought cynicism, I hoped the Avett Brothers’ third live album would smooth out some of those sonic wrinkles. It didn’t. On one hand, I admire them for allowing the record to accurately portray their live sound (this came shortly after I heard The Band’s Complete Last Waltz bootleg in contrast to the official deceptive spotless official Last Waltz). On the other, however, I wish there was at least a trace of their studio sound in their live show. Sometimes a little shot of energy in a live show is a good, even spectacularly great, thing…in the Avett Brothers’ case, it just makes them sound sloppy and out of control. There’s a fine line between quirky, simplistic cleverness and amateurish showboating. There’s the pervading no-so-funny joke that all you need to be famous today is FruityLoops and a MySpace account. Venetic may not be all that famous, but their almost cartoonishly base instrumentation and structureless arrangements point more directly to dilettante rather than to maverick tendencies.
Opening track “Quantative Easing” does its best to trick you from the get-go as the overly percussive organ repeats the same intermediate-level phrases for almost five minutes straight. The drum machine is programmed to play a rather interesting and unorthodox beat on this song, but a deeper dive into Signs and Pointers will reveal that the unconventional percussion amount more to no one in the band knowing how to play drums than any kind of calculated originality.
“Into the Light” amounts to five minutes of one clumsy, wah-clouded guitar progression with an occasional, heavily distorted lick thrown around every minute or so. The band dedicates the first minute to singing the eight lines or so of lyrics (the first time vocals appear on the album), and the last four to jamming on the four chords that repeat throughout the entire song…only there’s almost no variation on any aspect of the song whatsoever at any point.
More of the same ensues throughout the rest of the album. The music on Signs and Pointers isn’t challenging in a satisfying way; there is no payoff for getting through to entire album, or any one song for that matter. There are no dynamics, no intriguing structures, and very little emphasis on strong songwriting. I just found myself asking, what do I have to gain from listening to this album?
I also have some videos to post and some more reviews if I can find them. Until then, enjoy these aforementioned albums (or don't) and tune into the New Music Show every Wednesday from 6 to 8 (http://WECB.fm).
Posted by: Mike Flanagan