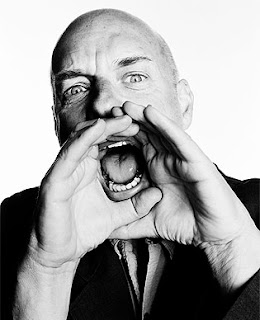 Brian Eno’s Small Craft On a Milk Sea is a cinematic album composed of instrumental pieces that vary from the purest piano melodies to the harshest experimental sounds. The album started as an effort to release songs that hadn’t been included in Eno’s film score for “The Lovely Bones”. In collaboration with fellow musicians, Jon Hopkins and Leo Abrahams, Eno succeeded in creating a fantasyland just as magical as any great movie.
All of the songs in the album have completely different directions and sounds. “Emerald’s a lime” is a beautiful track with slow piano melodies wrapped around ambient sounds. It has a very minimal approach with much repetition and an overwhelming sense of space. Other pieces like “Horse” and “Paleosonic” are much more experimental. They reminded me of Johnny Greenwood’s solo work, which is futuristically dissonant.
Mostly known for his works as a music producer, Eno has done infinite music projects and experimented with musical genres over decades. In an interview he did on NPR, Eno said that when composing he tries to imagine “a kind of music that hasn’t yet existed”. If this is his goal, he clearly succeeded with Small Craft On a Milk Sea.
Posted by: Lorena Alvarado