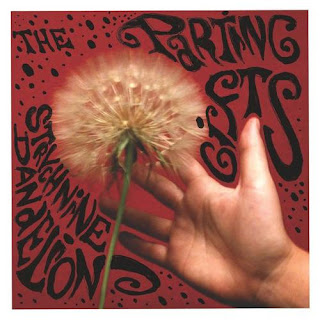 The Parting Gifts is definitely the kind of band you would have to see live to feel the full effect of their music. I say this without having seen them myself, because it is the obvious feeling you get after hearing their album “Strychnine Dandelion”. Their aggressive vocals and fast-distorted guitars have so much contained energy you can’t help but feel the desire to mosh in a crowd full of crazy people. With an obvious influence from The Doors, their music has a sense of rawness. The male vocals are subtle and agressive at the same time with an intensity similar to Jim Morrison. Other songs like “Don’t Stop” embody the feeling of teenage angst of 70s Punk. The vocals are brutal and intense with anti-establishment lyrics. “Don’t Hurt me now” sounds just like Iggy Pop and could easily be part of the Trainspotting soundtrack.

If you are about to go to a crazy punk concert, pre-game on The Parting Gifts and you will not be disappointed.