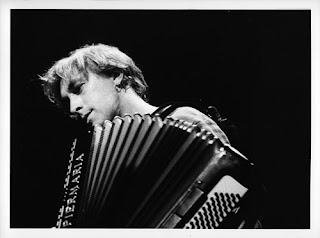 In the film score for Le fabuleux destin d'Amélie Poulain, the composer Yann Tiersen captured the essence of Paris through beautiful music. With breathtaking melodies that were simple and undeniably French sounding, Tiersen had a vital role in creating the magical world of Amélie. In his newly released album, Dust Lane, Tiersen takes his talents to a different level. Each song has a minimalist feel, sounding much like geniuses like Phillip Glass and Michael Nyman. Yet Tiersen’s music is much more experimental and orchestral. He takes minimalist piano themes into another world. In his pieces, he includes a huge variety of instruments that range from accordion, violin, banjo, melodica and even unconventional objects to make rhythms such as a typewriter.

The direction of each song changes drastically as each second goes by. The piece “Ashes” is ominous and dark. It has a section with creepy violins and very low strings, which then transforms into a beautiful melodic section. “Dark Stuff” goes from a dark accordion to a peaking almost religious chant, which changes into a beautiful and simple piano melody. In this album, Tiersen also collaborates with several featured singers. “Fuck Me” is one of the only songs that has an organized lyric structure. The title of the song is truly deceiving because it is light enough to fall asleep to. The female voice is incredibly sweet and soft.

The fight between what is beautiful and sinister is a characteristic of Yann Tiersen’s music. His work constantly struggles between perfect melodies and dissonant sounds. In addition, the blend between classical instrumental piano solos and unconventional instruments is what makes his music so interesting and powerful. Tiersen’s music transports classical themes into modern and mysterious pieces.