CLASSICAL MUSIC IS NOT DEAD

There is a common misconception about classical music. Most people (especially the youth) consider it boring, methodical, closed, and outdated. Even many musicians feel alienated towards the classical world. Music students seem to be divided between the robot-trained Conservatory geniuses vs. the contemporary free musicians.
Modern music, be it fusions & jazz, mainstream pop, underground alternative rock, seem to cluster against the common enemy of classical music. There is a firm line that divides both worlds of the new and the old.

But fortunately there are people that want to unite both worlds and exploit the endless possibilities of bringing classical music into the modern society.

To further express my optimism towards classical music, there is an Icelandic boy that makes classical/ambient songs that can break anyone’s heart. Ólafur Arnalds has toured with Sigur Rós, written music for film scores and even ballet concerts. If you fight against your attention deficit and take five minute to enjoy the silence between notes, listen to Ólafur Arnalds and you will realize what you are missing. He takes classical instrumentations and mixes them with ambient beds and loops. With simple melodic themes, Arnalds creates an atmosphere of melancholic romance. It is virtually chamber music adapted to strings and a bare piano. 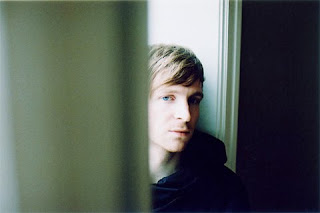 You would never think he used to be a drummer for a hardcore/metal band. But this just proves that every type of music is special. It is stupid to discard or have a prejudice against any genre (even mainstream pop and corporate-made hits). I’m not saying you have to like every type of music, but just be open to it.
Posted by: Lorena Alvarado