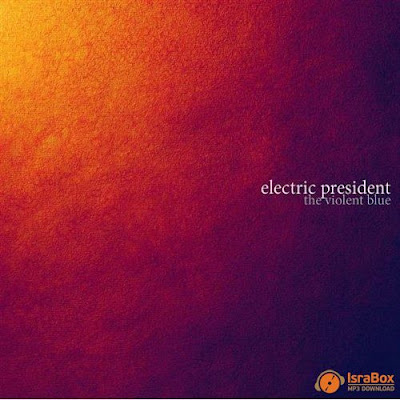 With the release of their third full album The Violent Blue, Electric President has shown their listeners that they have evolved from their original ‘bedroom pop’ sound and moved on into the studio. Although the band used to seem as if it lacked depth , having previously relying all too heavily on drum machines, this album marks a change. The Violent Blue successfully incorporates acoustic instruments, twangy Johnny Marr style electric guitar, strong percussion and synth to create a fuller sound. Although from beginning to end the album can’t help but remind you of bands you have heard before (The Postal Service, The Smiths, and Grizzly Bear), in my opinion Electric President manages to come out with their own sound.

“The Ocean Floor”, the albums first track, has a quiet ambiance that creates a comfortable world for the lyrics to exist within. Throughout the entirety of the song shining metal strings chime in and out, almost sounding the way sunlight would on the ocean floor. “Safe and Sound” is clearly the single on this album. It has all of the catchy percussion and syrupy vocals needed for you to be humming the tune for the next few hours.

While at times the in unison hand claps, Beach Boy like vocals, and tambourine throughout the album may to your 2010 ears seem a little cliché, I think in the case of The Violent Blue they really use these ‘indie’ conventions to their advantage. Overall this music is really relaxing, perfect for a lazy afternoon in bed, or a cold afternoon walk.