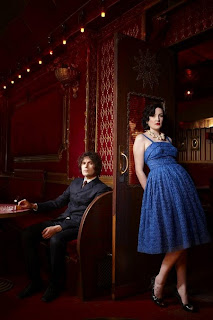 It's pretty clear when you listen to the Codeine Velvet Club's first album that they have a ton of potential. From start to finish the 11 song album manages to bring you into a 1950s nightclub (clad in feathers, lights and sparkles of course), mix surf music, big band, jazz, indie, and 60s rock in no more than 42 minutes. While at first glance you may be apprehensive due to their Evanescence-esque appearance, drug referencing title, and pretentious track names don't be deterred from sticking it out and listening to the album. 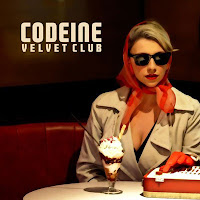 The first song "Hollywood" sets the stage with an expansive opening and playful 60s vocals. As the album continues the music blends its properly dated vocals and contemporary rock aesthetics. All in all the Codeine Velvet Club can't help but bring to mind the film That Thing You Do with its brass and strings, but I whole heartedly recommend giving it a listen.
Posted by: Molly Young