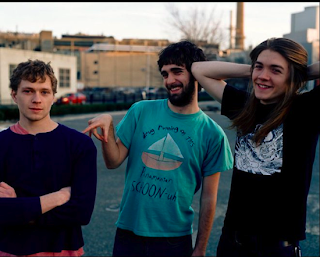 this summer, one of WECB's staff favorite boston based DIY bands Royal Blood is endeavoring to head out in a across country tour! for the most part they have been playing exclusively in boston (outside of a few kickass shows at SUNY Pourchase) and are rearing for an escape and of course a wider spread fan base. however, these guys NEED more MONEY than they have to do it.

as a result they have started this kickstarter account with the hopes that they can reach their goal.
they've come up with some seriously inventive rewards for your donation (not just some band tees and cd's-- although those are also available). if you donate now the band will send you: something special and personal from a band member, post cards while on tour, they'll even write you a song for only $100 dollars, etcetcetc.
i dont really think i need to say much else, the band's lead singer/guitarist Brock Ginther has made a lil vid telling you everything --more articulately than i have been doing here.

not convinced?
CLICK HERE TO DONATE! http://kck.st/lbgFWs
A SIDE NOTE: this band is made entirely of emerson 2011 graduates (Erik Magnus, Brock Ginther, and Michael Brierley), and as this is primarily anemerson based blog I EXPECT SOME LUVIN.
i've donated, you should too!
Posted by: Molly Young