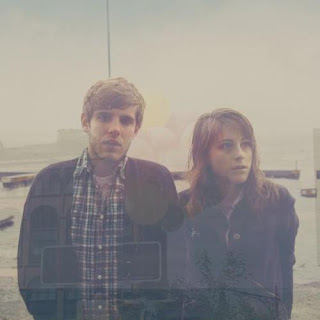 Many artists today are taking little chunks of works they admire to create a their own pieces. This recycling is clearly visible in the band Memoryhouse. To begin with, they appropriated the title from Max Richter’s first album, as homage to the ambient/classical composer. Through their name, the band stated their obvious influence of dream-ambiences. Yet they have managed to take dream music into a different realm of loops, synthesizers, and candid vocals.

In the song “Lately” the band samples Jon Brion’s “Phone Call” from the score of Eternal Sunshine of the Spotless Mind. The song feels so weightless that the loop could go on forever without a bore.

The band also redefines artworks in their music videos. With these short clips they provide perfect imagery for their sounds. The music video for the song “Sleep Patterns” is an artsy film with an awesome surprise at the end. It goes well with the song’s delayed guitar and melancholic vocals.

Not to doubt, the band has countless original songs. Yet through their remixing and redoing of beautiful classics, Memoryhouse manages to revive new feelings about art we already know and love. Their music and artwork embody nostalgia.