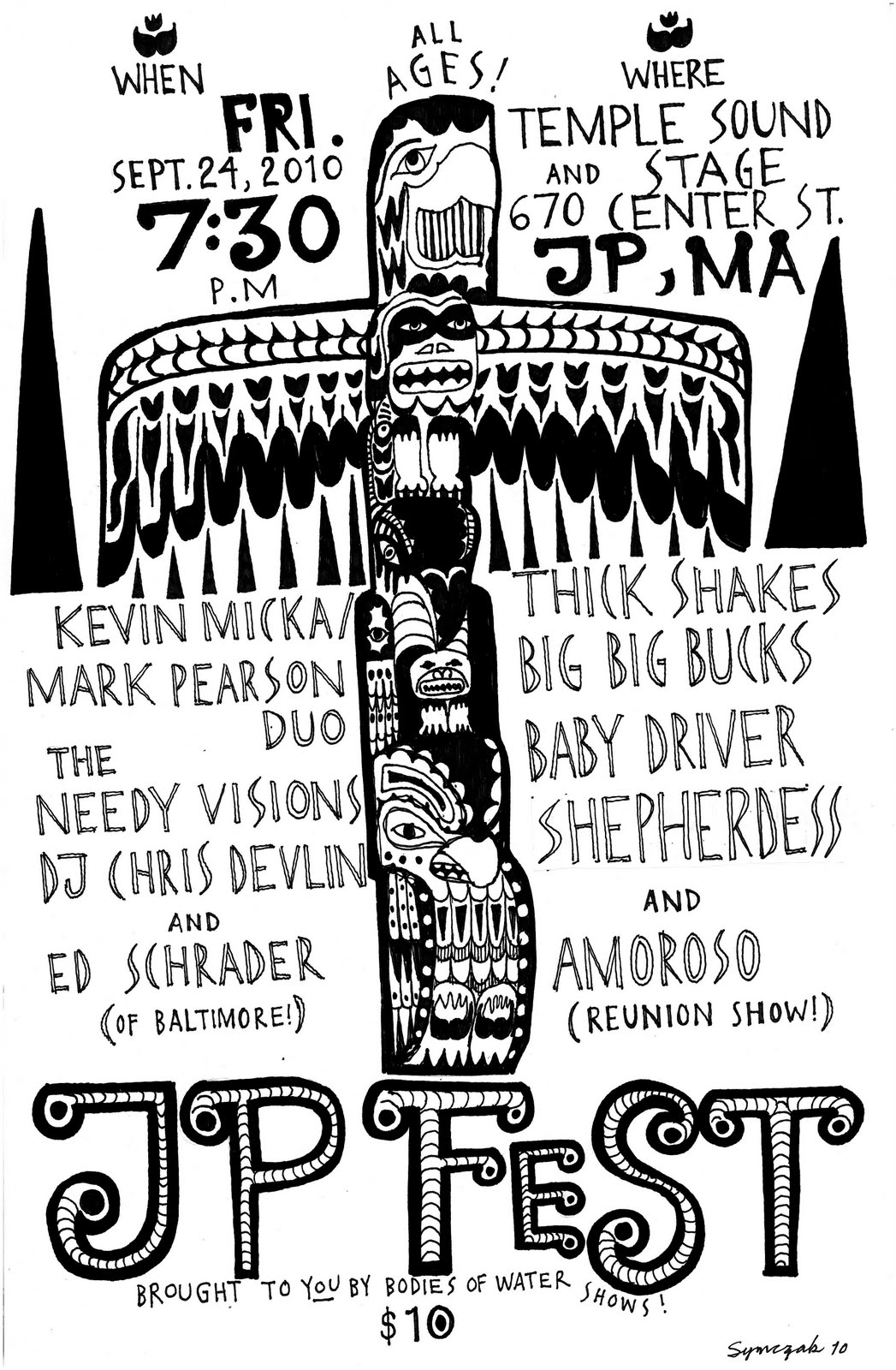 This past weekend, the JP Fest presented a showcase of bands in a studio/venue/auditorium called The Temple. With wooden floors, paintings on the walls, and instruments everywhere; the place is extremely welcoming and even classy.

The festival, which is described as a “showcase of the best of Boston’s weird musical underbelly”, had at least 7 bands playing one after another.

The projects included noise bands, a girl grunge band, and an ambient DJ with a handmade wooden synthesizer. Yet the band that stood out the most was called The Needy Visions. They had a crazy stage presence of an underground 90s band and the fresh spirit of kids playing in a basement. To tell the truth, the whole show felt like a massive basement jam. The bands would start playing one after another in different settings of the venue, some on the tiny stage and others in a corner set with drums and speakers. Each band played short sets, which made the music alternate all the time. The show was both relaxing and exhilarating. There was space to dance around if you felt like it, or sit on a big comfy couch while enjoying the music. If you haven’t had the chance, I highly recommend going to any show at The Temple.