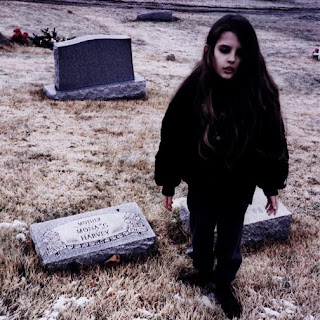 After a long summer hiatus WECB New Music Staff has returned, and we had a backup of summer albums we needed to review. Here is my favorite from this summer:

Following their 2008 self titled album Crystal Castles, Alice Glass (vocals) and Ethan Kath (synth) released their new Crystal Castles (2010) album, which from beginning to end is filled with ominous bass-lines and an overall dark demeanor (and if you are familiar with this Canadian noise duo you could expect no less.)

This album fits pretty neatly in with the bands first album, filling itself with Alice’s screeches and Ethans deep suzzy bass. Its second track ‘Celestica’ probably has the most traditionally pleasing vocals I’ve ever heard from Alice Glass, sounding more like Au Revoir Simone than a noise vocalist… but with a damn hefty and dark electronic backing. As the album continues Ethan Kath takes samples from Sigur Ros, car crashes, and roaring wind.

But, to cut to the chase, this album had me hooked from beginning to end, not once wanting to hit next (a feat that in my books puts this album on one of my short lists with Grizzly Bear’s Veckatimest, G&R’s Appetite for Destruction, Misfits Walk Among Us to name a few) The real artistry of their new album is in the space and emotion created within almost all of these songs. It is a dark and filthy place with almost limitless depth, sounding as if Alice’s voice is trapped within a cave adding distance and color to its every tambour.

Go out and buy (/download) this album if you haven’t already, really.

No Age – Everything In Between