City and Colour @ House of Blues 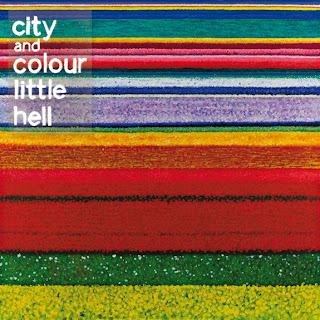 “We’re City and Colour and were from Canada” Dallas Green said softly into a microphone as he and two band mates each stood on three Persian rugs, their shadows illuminated by a royal blue light in front of a packed audience at House of Blues this past Friday. For the first four songs, with the band precariously balancing hits from both Little Hell and Bring Me Your Love, Green remained relatively quiet, only expressing his gratitude at the audience’s enthusiasm. It wasn’t until the middle of the show when Green began talking. Turns out this lead singer, who croons beautiful medleys of heartache and love, is also quite the comedian. Jokes about Canada? You’ve got it. But perhaps the most effective speech of the night was when he asked the audience to put away their cameras and their phones. “I’m not mad,” he began quietly, “I’m just disappointed.” “I just don’t want you all to focus on wanting to remember this so much that you don’t actually get to experience it. Experience it now. Let’s remember that we were here.” Cue the swooning of hundreds of 20 something year old females in the audience.
There was no denying that City and Colour is an extremely sincere, yet polished band. If one were to close their eyes during their concert, it would sound like they were listening to a studio recording. That’s how flawless Green’s voice is, and how it remained through out the entire hour and a half set-smooth as silk without a single kink. At times it was hard to comprehend how a single voice can possibly pack so much punch. It has the ability to splinter even the happiest heart as he naturally riffs through lyrics like “And I’m afraid/to sleep because of what haunts me/such as living with the uncertainty/that I’ll never find the words to say/which would explain/just how I’m breaking down.” Though the five-person band filled the House of Blues with great sound on songs like “Little Hell” “The Girl” “Sleeping Sickness” and “The Grand Optimist’ the real highlights of the show were when Green was left standing alone with his acoustic guitar, illuminated by a single yellow spotlight. It truly says something about an artist when they have the ability to quiet over 1000 people just by singing a little tune, alone on stage. To hear an entire audience softly sing “What makes a man?” in two parts as Green strums away on his guitar is truly an out of body experience. And it all comes down to what he said right before going into “Coming Home”- “Thank you is a simple phrase, but when I say thank you I mean it. They don’t play me on the radio. I’m not in magazines. We’re all here because you heard one of my songs and you told someone else about it. You are the 95% and I am the five. So…thank you.”