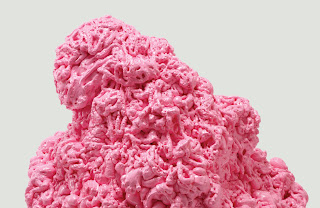 What pedals and instruments have the biggest effect on your sound?

Sound wise not so much but for the process, my Gibson Echoplex is really important for lopping and so Ian and I can synch up loops. He uses Ableton Live, so when he triggers vocals it will be at the same bpm. If we were driving and my Echoplex broke we would be fucked!

To get sounds I like the POG, I’ve been using a lot of octaves. We are so function-abased in the way we write music, that I don’t want to use pedals just to use an effect for the sake of an effect.

What do you think of digital vs. analog instruments and recording? Has Battles experimented with both of these mediums?

Back in the day there was a huge thing to maintain analog. Generally speaking I prefer analog forms, like I prefer a book over a website. But for recording, if you can get away with the Steve Albini movement, and not use computers… if you’re Nirvana, then cool. But for us it’s really inaccessible. On Mirrored we recorded the drums full on analog instruments and then bounced it to digital. But we bypassed it this time because it was a lot of extra work, it would go out of synch, it was much more complicated. This time we built the album, more than wrote it. After we wrote it, we had to go back and literally listen to it and learn how to play it again. We were all kind of lost.

How do you think Battles’s recordings transfer to the live setting?

When I was working with the pink stuff for the album cover, I was thinking about the dichotomy of a live performance, of how raw it is, versus a recording. When you record, it’s important to commit to a document. It’s hard to get three guys to agree on a song, so once you commit to the final, it is set and stone. You try to represent it in a live setting but you also take the liberty to stretch it out. When we play, we don’t use backing tracks, we built everything live. If I set a loop on stage I do it in real time. It’s important because it is a visceral experience for the audience. Why would you go see a band if its just like listening to their CD really loud?

How did you make the pink stuff for the album art?

My brother is a carpenter and he has a shop. I had this idea for the album cover and I had the concept really tight but any time I talked to someone about it they were like “what are you talking about?” So I took over the back room of his shop and bought cases of the foam stuff to fill cracks. I would do a few cans all over the place, let it do its thing, and come back a couple of days later. Then I spray-painted it pink. I used like $500 worth of it! My brother and me also built the room for the “Atlas” video. We made it in his shop, modularly cut everything and built it back up on set.

How did you come about your featured vocalists?

For the most part they were friends or acquaintances. Its funny because in interviews John says it was the easiest part, but I remember being stressed out so much. It was just in the beginning of the album that Ty left the band. We never had a backup plan, if someone that sings leaves the band what do we do? Do we do an instrumental album or can one of us sing? Both answers to those questions were no.

We wanted a female vocalist and Kazu Makino from Blond Redhead has such a great voice. She lives in NY and we’ve crossed paths enough that we’ve become friends.
Gary Numan was totally a shot in the dark. He is a legend. We actually met him here, at The Paradise. He was playing a show and we came up and gave him a copy. He was like “You guys are really fucking weird, I’ll be honest I’ve never heard you music, but you are really bizarre.”

How has it been curating ATP (All Tomorrow's Parties)?
I wished we had all three days. We’ve been really busy so each one of us just chose four bands. We’re just trying to have an interesting scope from old to new. Bitch Magnet is reunited to play, the band Cults is also going to play. Phil Manley from Trans Am used to be in a band I really liked called Golden, if he would have Golden reunite and he said yeah! Sometimes these things are good reasons to get bands to reunite. I was actually asking them [ATP] if we were like “We want Justin Bieber, Lady Gaga, and Beyoncé, could they afford that? Cause how does it work? What’s the budget?